WMPS is a radio station which broadcasting from United States. Let’s discover it’s history & information as well as if WMPS permit us to play their digital audio content, we will listen here. RadiosTalk is the free directory of online radio stations and listed WMPS as best internet radio broadcast station in United States.

Radio Center was built in 1947 as the home of radio station WMPS. It became a major part of Memphis music history & ‘s noted for shaping the popular culture of Memphis & the country for over 50 years. It was primarily a country-western station & shaped the early careers of Kay Starr & Eddie Arnold. Disc jockey Bob Neal of WHBQ became Elvis’ second manager. Rick Dees began his career at WMPS in 1974 & quickly established it as number 1 for the two years he was there. He was fired for “conflict of interest”. In 1985 the Radio Center building became the home of station WDIA. The building has recently been renovated & is now apartments & condos named “Radio Center Flats”. It was added to the National Register in 1983.

Frequency of this radio station is 1210 kHz. WMPS plays different type of radio like sports news, different kind of series podcast as well as Adult standards. Sunny 103.1 & 1210 They broadcast fm radio in Memphis metropolitan area. It was established in August 19, 1986; 33 years ago (1986-08-19). And they celebrate their birthday on August 19 ; 33 years ago . The owner of WMPS is Flynn Broadcasting Corporation (Arlington Broadcasting Company). 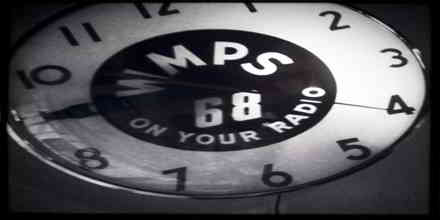 Note: Due to some difficulties, wmps station may not play. Its happens due to frequently update radio streaming server, may be, In your visiting time, this radio station's broadcasting was off. Some times radio owner of "wmps" and as well as country "United States" not permit us to play their radio station.