Slam The Boom Room is designed to play songs that goes we will & mix up perfectly with the musical theme of the radio as it is a radio with lots of support & passion for sound & music that makes the audiences dance & move on the dance floor. Slam The Boom Room is ready to give you musical blast anytime you like.
Slam The Boom Room official website address is www.slam.nl

According to WikiPedia, different online sources and from their website SLAM! (Sound Lifestyle & More, stylized as ?SLAM! & previously SLAM!FM) is simply a Dutch commercial national radio station that plays current-based rhythmic & dance hits. SLAM! has a strong commitment in breaking new dance music. The playlist & presentation serves as a combination of 538 & 3FM. The station is broadcast in the Netherlands & can be received via the ether FM, Internet (worldwide) & cable. The broadcasting building & studios of SLAM! are located in Naarden, North Holland. In 2012, it was announced that SLAM! has the largest market share among the country’s young people (16.8%). It’s simply a sister station of 100% NL. 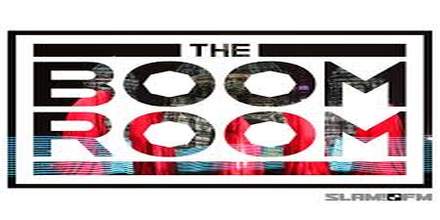 Note: Due to some difficulties, slam the boom room station may not play. Its happens due to frequently update radio streaming server, may be, In your visiting time, this radio station's broadcasting was off. Some times radio owner of "slam the boom room" and as well as country "Netherlands" not permit us to play their radio station.