NRJ RnB Hits is a radio station which broadcasting from France. Lets discover it’s history & information as well as if NRJ RnB Hits permit us to play their digital audio content, we will listen here. RadiosTalk is the free directory of online radio stations and listed NRJ RnB Hits as best internet radio broadcast station in France.

RnB and soul music makes the day long programs schedule for NRJ RnB Hits. This radio is all dedicate to play the best quality of RnB and soul music non stop. This is a radio from such a broadcaster who are popular in almost at every radios they broadcasts and among those radios NRJ RnB Hits is a very popular one.
NRJ RnB Hits official website address is www.nrj.fr

According to WikiPedia, different online sources and from their website NRJ (NRJ is an acronym read as Nouvelle Radio Jeune, or ?nergie in French, pronounced [en???i], literally “energy”) is simply a private French radio station created by Jean-Paul Baudecroux and Max Guazzini in June 1981, and was widely popularized thanks to its godmother singer Dalida, who prevented it from closing in 1984. Today radio belongs to the NRJ Group and is the founding station of NRJ International.

NRJ RnB Hits slogan is – Hit Music Only ! (Que des hits sur NRJ!). Frequency of this radio station is 100.3 MHz (Paris) 106.4 MHz (Marseille) 103.0 MHz (Lyon) Full list of other frequencies on NRJ.fr. NRJ RnB Hits plays different type of radio like sports news, different kind of series podcast as well as CHR. They broadcast fm radio in France. They play radio in French language. It was established in 1981. And they celebrate their birthday on . The owner of NRJ RnB Hits is NRJ Group. 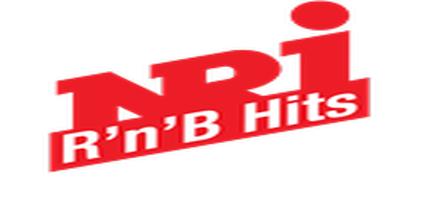 Note: Due to some difficulties, nrj rnb hits station may not play. Its happens due to frequently update radio streaming server, may be, In your visiting time, this radio station's broadcasting was off. Some times radio owner of "nrj rnb hits" and as well as country "France" not permit us to play their radio station.