ABC Radio is one of the most popular radio stations in Bangladesh. Let’s discover it’s history & information as well as if ABC Radio permit us to play their digital audio content, we will listen here. RadiosTalk is the free directory of online radio stations and listed ABC Radio as best internet radio broadcast station in Bangladesh.

ABC Radio is the first news-oriented FM online radio station in Bangladesh. ABC radio is part of Mediastar, from Transcom Group. It is one the sister concern of the Transcom Group. The station studio is located at the media area of Kawran Bazar. The chief of program & news of ABC Radio is M. Sanaullah (former chief news editor of Prothom-alo). The station stays on air for 24 hours at FM 89.2 MHz of frequency from Dhaka station. ABC launched it is all out commercial operation on 7 January 2008.. There are lots of radio station all around the world Guaruja FM 104.5 , Radio Bhumi one of the popular online radio station.

Frequency of this radio station is Various (FM and AM), DAB+, online. ABC Radio plays different type of radio like sports news, different kind of series podcast as well as News, talk. They broadcast fm radio in Australia. They play radio in English language. It was established in 5 December 1923; 96 years ago (1923-12-05). And they celebrate their birthday on 5 December ; 96 years ago . The owner of ABC Radio is Australian Broadcasting Corporation. You can find ABC Radio’s apps in Live stream.

Now Let’s enjoy & listen Best Internet radio of ABC Radio.
Note: Due to some difficulties, abc radio station may not play. Its happens due to -

At that time, please visit their website. And if you find any wrong information or radio owner wants to remove their radio information. Please contact us. We will fix as soon as possible. ABC Radio 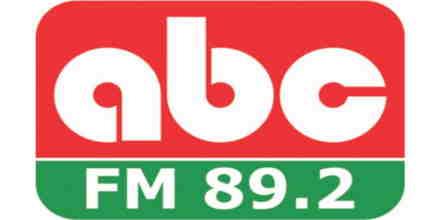